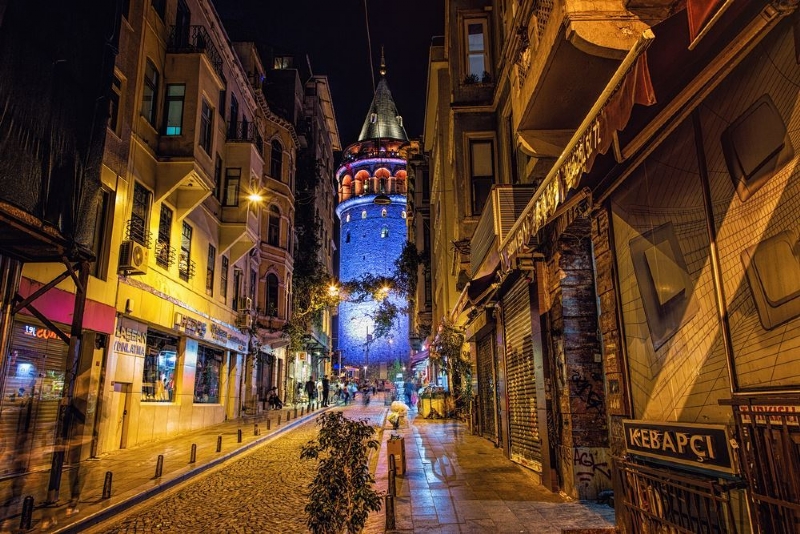 The Galata Tower stands some 67 meters high with its base 35 meters above sea level. Originally known as the Tower of Christ, it was erected during the first expansion of the Genoese colony in 1348 in order to defend themselves more adequately. The defense system consisted of six walled enceintes, with the outer wall bordered by a deep ditch. Fragments of the fortifications can still be seen here and there in Galata.

Mehmet II took the tower from the Genoese. The tower was used as a weather observatory during the reign of Murat III 1514-1595. The Galata Tower has recently been restored and there are now a modern restaurant and cafe on its upper levels. From there a panoramic view out over the entire city can be seen.