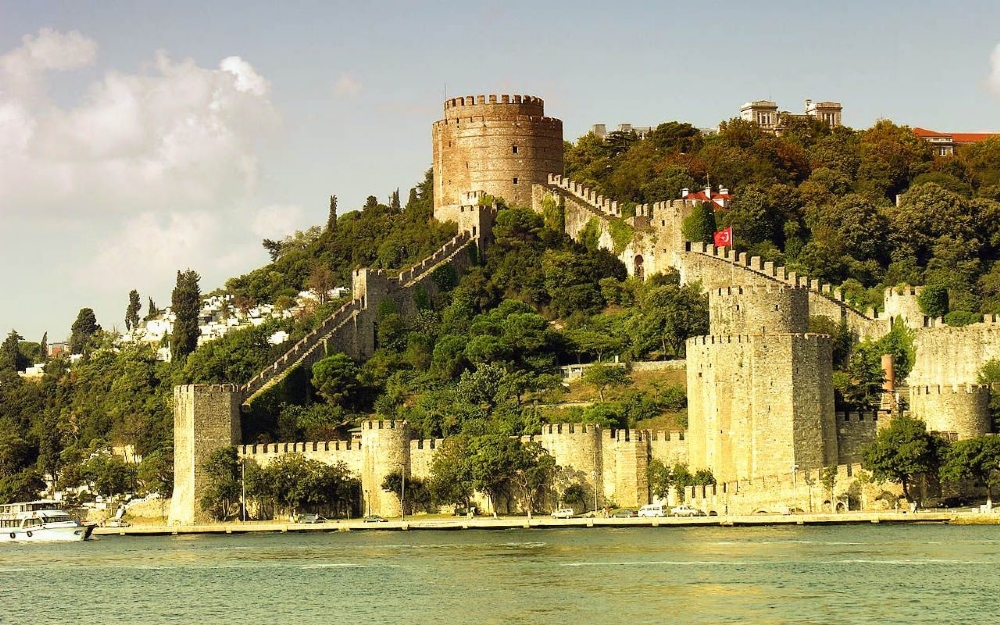 The great fortress of Rumeli Hisar, built by Sultan Mehmet II in the year 1452, is located immediately opposite Anadolu Hirasi, which was built by Yildirim Beyazit I sixty years earlier. With a fortress on either side of the Bosphorus, it was the first step in Mehmets plan to capture the Byzantine capital.

Mehmet had sent out orders throughout his Empire for 1000 skilled masons and 2000 workmen to collect wood and building stone and to assemble here in the spring, Stone was brought from Anatolia. Mehmet himself laid out the design, dictated by the lie of the land, and each of his three Vezirs, the Grand Vezir, Candarli Halil Pasa, Zaganos Pasa, and Saruca Pasa were made responsible for building a tower, while the Sultan himself undertook the walls and bastions, introducing a healthy sprit of competition.

When it was completed a garrison of 400 Janissaries was stationed in it and here they tried out the range of their new cannons by training them on any ships rash enough to try to pass.
After the Conquest, the fortress found a new role as a prison before gradually falling into disrepair.

In 1953, 500 years after the Conquest, Rumeli Hisar Fortress was well restored, and the space inside laid out with lawns and paths. The cistern on which the mosque once stood still marked by the stump of its minaret was opened up and converted into an open air theatre where plays and folk dancing are performed during the summer, especially at the time of the Istanbul Festival.